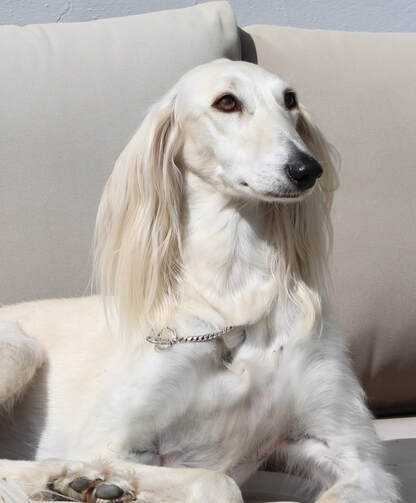 Born in October 2015
Saluki Archives
We fell in love with Lena’s mother, Fawziah, when Jean Luc Lemouzy brought her to Crufts one year.  At  Donaueschingen,  he told us he was planning on breeding a litter from her.  We said we would like a bitch puppy.  Months later he informed us he has a litter, there were two creams and two grizzle girls.  As most of our girls are grizzles, we said we would like a cream, he was keeping numero uno girls so we went for the second girl.  And that is how we ended up with our beautiful Lena.  We met her on the Beach in Calais on Valentines day to pick her up.  There was not question in our minds that She was special.

Lena tries her hardest at everything she does, she goes to dog shows as we like them but in her heart of heart whee
Would prefer something more active like lure coursing.  She has the eye of a hunter, missing nothing.
She has been very successful in the show ring, becoming a champion at 2 years of age.  All her wins were high spots  but one of the most important high sports was winning Best In Show at the Northern Club Championship Show under Australian Breed specialist Kathy Smith.  Her 3rd CC was at the prestigious Hound Association, judge Mike Caple. Crufts this Year (2020) judged by Clair Chryssolor, Lena won Best of Breed and was pulled out in the Hound Group, last 7, thanks to judge Mark Cocozza. 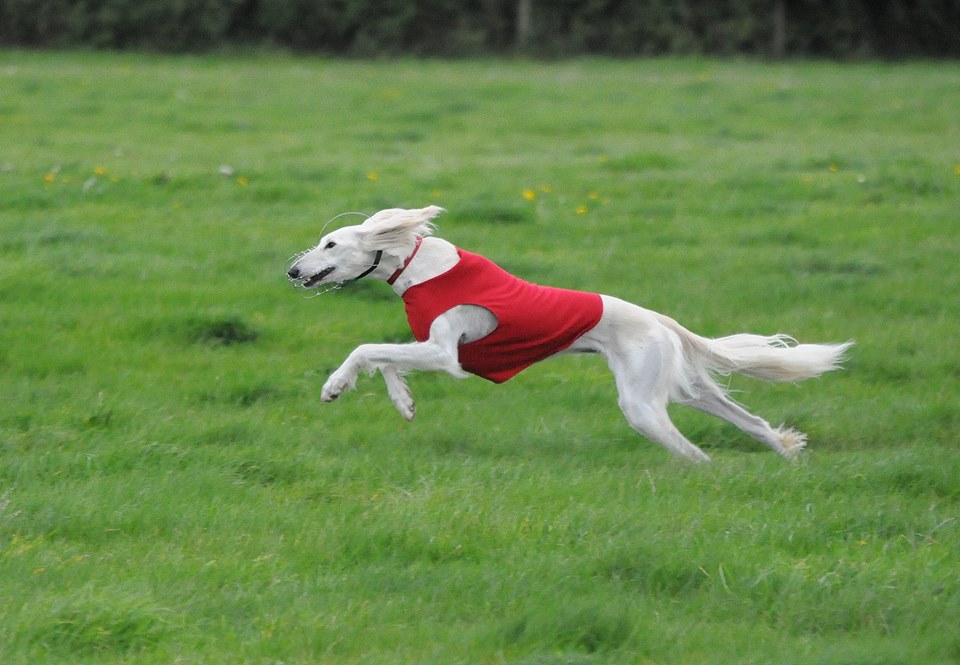